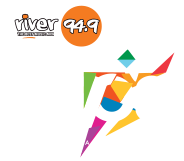 We are very excited to welcome Benita Willis, a 4-time olympian, multiple Australian record holder and now a Brisbane local, as a coach and ambassador for Running CEOS FAST Festival.

Benita has broken every Australian National record from 2km to the marathon (2:22:36) and currently holds 11 National records on indoor, track and road. Her road race wins include the Great North Run Half Marathon, Berlin Half Marathon and the Rock n Roll Vegas Half Marathon. Benita also placed third and fifth twice at the Chicago and London Marathons.

Since retiring from competition in 2012 after the London Olympics, Benita has become a successful running and fitness coach, first in Boulder Colorado and now in Brisbane. Benita is the recreational running manager at Queensland Athletics and the cross country and athletics (middle distance) head coach at Brisbane Girls Grammar. Benita is an ambassador for the Gold Coast Airport Marathon, Mackay Marina Run and Run 2 Give Foundation.

As well as representing Australia 18 times and finishing in the top eight at three Commonwealth Games, he is the current holder of the Australian all comers record for the Half Marathon (1:01:11) and the Queensland Half Marathon record.

Pat retired from competitive distance running in 2000 and now channels his energy into helping runners achieve their goals via online coaching and his South Bank based running group Pat Carroll Running Group (PCRG).

Pat Nispel is an international marathon runner, accredited running coach, founder of P.A.T.42.2 Running Coaching in Brisbane and winner of Brisbane’s inaugural Great South Run half marathon in 2016 in a time of 1:10:33.

Pat’s first track success came when he was 17, winning a gold medal at the Junior Cross Country Swiss Championships. In 2007, Pat moved to Brisbane to train with the legendary coach Pat Clohessy at the University of Queensland Athletics Club. In 2008, he had his most prestigious track race win in Melbourne, winning the Zatopek 3000m Steeplechase in a time of 8:59.

Pat transitioned to the marathon in 2011 and ran the Gold Coast Marathon in a debut time of 2:23:01, placing 10th overall. That year he also won the Australian and Queensland Mountain Running Championships. In 2012 Pat finished 3rd in the Osaka Marathon in Japan and in 2013 he finished 9th in the Zurich Marathon in 2:22:55.

As an accredited running coach, Pat has coached runners from 800m to ultra-distances and has been the running coach for South Bank Tri Club since 2009. Pat founded P.A.T.42.2 Running in 2013 to offer personalised running coaching services in Brisbane and online worldwide.

Brisbane’s Running CEOS FAST Festival on Saturday 8 September 2018 will again be held on freshly surfaced roads at the brand new Stockland Pallara community on Brisbane’s southside. The 2017 festival produced Brisbane’s fastest male and female certified 10km times for 2017 and the 2018 course is set to be even faster. The 2018 festival also adds Half Marathon, 5km and 1km distances. Line up with your friends to set a new personal best on Brisbane’s fastest certified road course.